Got the Dragon-Quake Shoulderguards on a recent trip to Karazhan with my hunter and decided to come up with a transmog set to go with it. 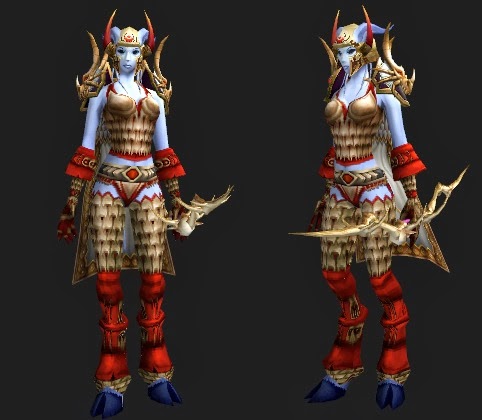 Most of the pieces in this set are look-alikes of the green BOE Mercurial Mail set.

Finally finished my transmog set built around Robes of the Exalted. 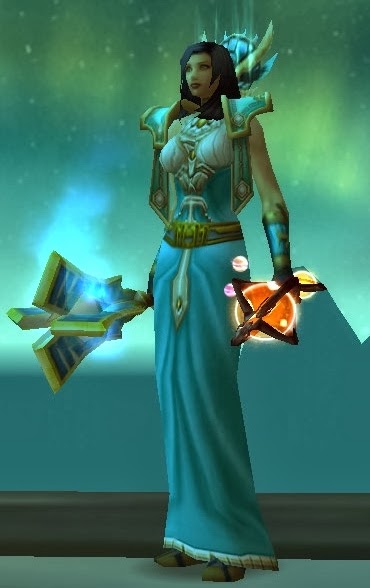 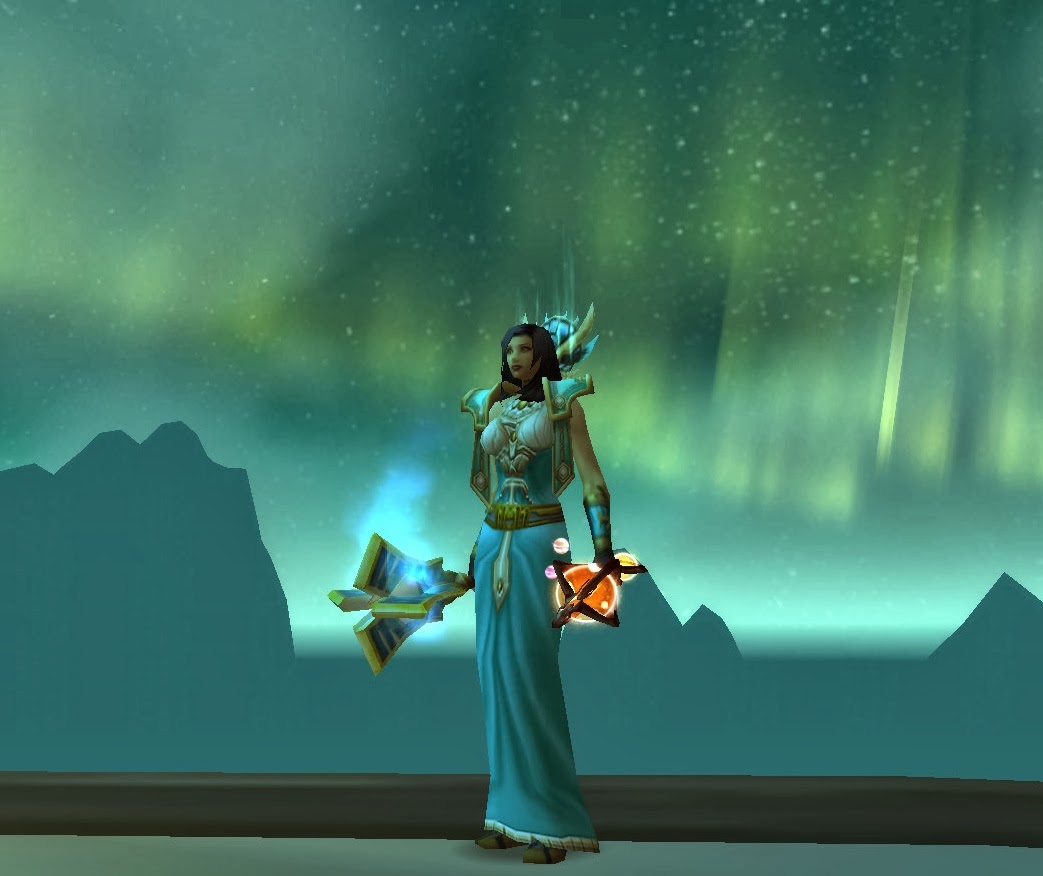 Aurora of Transcendence Dropped in Blackwing Lair.  Priest only.
Lightning Infused Mantle Quest reward from Halls of Lightning.  Don't despair if you did this quest when WOTLK first came out and then vendored these shoulders.  The WOTLK dungeon quests have been reset and the quest giver is now inside the entrance of the dungeon.
Robes of the Exalted Drops from Lord Aurius Rivendare in StratholmeRuned Spell-Cuffs Bought for Justice Points in ShattrathFrostweave Gloves Crafted by tailors
Hammer of the Astral Plane Drops from Kel'thuzad in Naxx 10
Igniter Rod Drops from Ignis in Ulduar 10
Dawnspire Cord Drops in Sunken Temple